I have been making pizza for many years, but it has taken me a long time to up my game. I used to bake pre-made Trader Joe's dough blobs on a round metal pan with holes in it. I eventually graduated to a pizza stone and then to preheating my stone.

The first simple step was making my own dough. I modified the recipe from How to Cook Everything by adding a heaping tablespoon of sugar. I've had great luck doing the same day hour-ish rise and letting it rest in the fridge overnight. I've found that this recipe makes dough for two good sized pies. 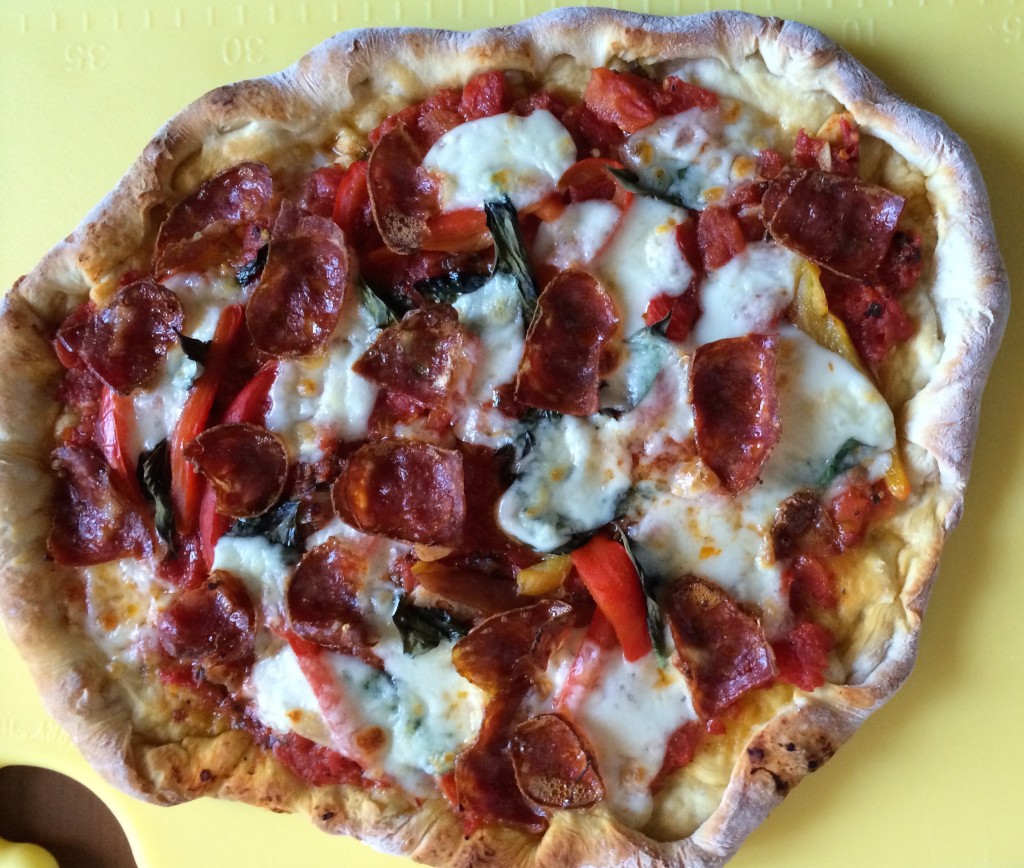 The second step was a baking steel. Oven at 500 degrees for an hour before baking gives an impressive char on the bottom. Our bottom heating gas oven works really well with it. 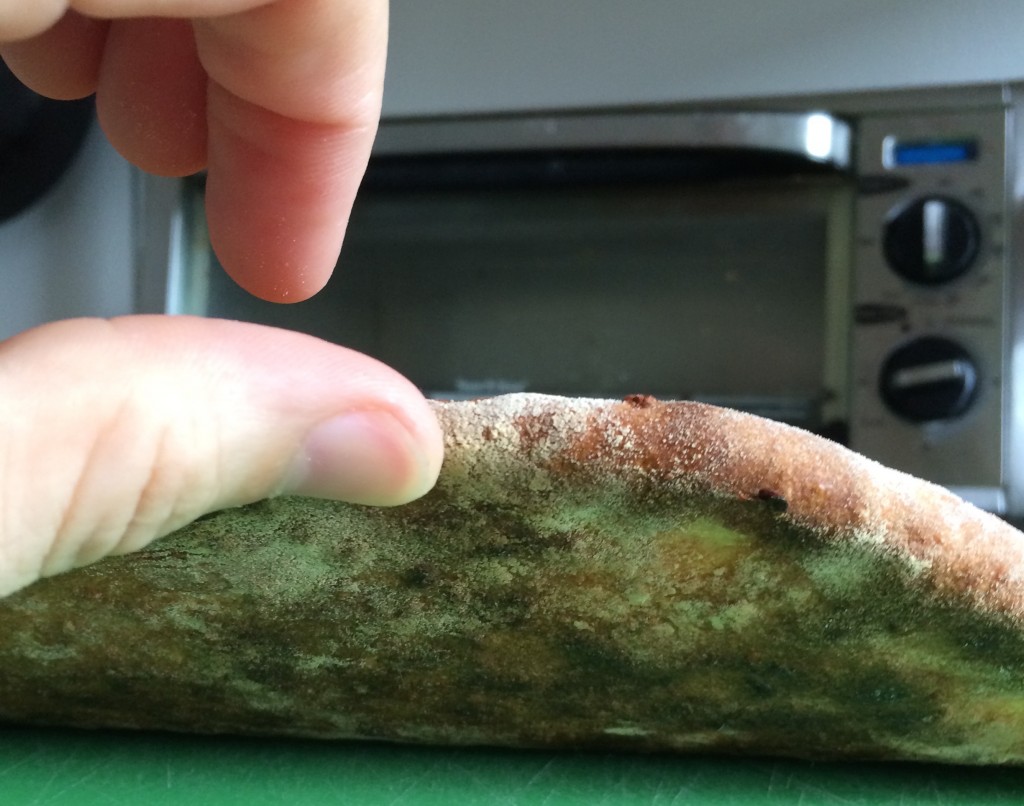 The third is the simplest of all. Parchment paper. I've had a few disasters of sticking dough mangling my beautiful pie into a horrible inedible pile of goo. So disappointing when I've collected fantastic toppings. Last time this happened the a water main broke in the neighborhood, so the water was off. Staring at the mess of a kitchen I couldn't clean, I knew I had to find a better way. Cornmeal didn't work and was messy. Flour in sufficient  amount did unfortunate things to the taste. And it was messy. I can't remember where I saw or this or how I came upon this life changing method.

Simply put the pizza on a square of parchment paper between the pizza and the peel. I often cut the corners off, so that the paper is roughly a bit bigger than the pizza. Slide pie and parchment directly onto the steel/stone. It slides like a dream. The next part is important. Parchment paper will burn at 500 degrees. Not immediately, though. You have a few minutes for the dough to set up. It takes 2 minutes. Then simply grab the paper with a pair of tongs while holding the pie in place with a spoon or spatula. Bake the rest of the way and remove with your peel when done.

There is one other advantage parchment paper: easing the process making multiple pies. The "one in the oven, one on the peel" only works if you have two peels. You can transfer a pie to the parchment while one bakes, get it all topped and ready to go. You don't have wait to top the second pie until you have removed the first from the oven. 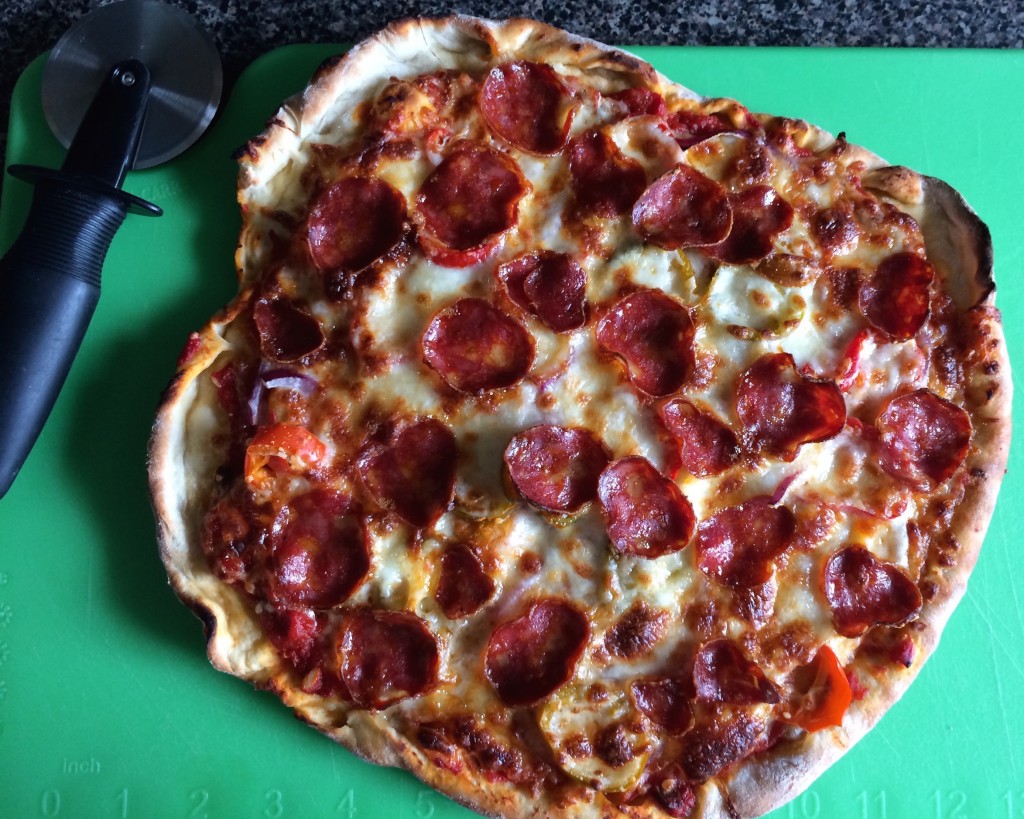